Six incisive essays from the father of social ecology.

Murray Bookchin’s frank assessment of the disaster we are heading toward at increasing speed is as much a work of ethics as it is of environmentalism. The six essays that comprise it share the view that, as he puts it, “our ideas and our practice must be imbued with a deep sense of ethical commitment.” Whether he is critiquing the market economy, the state, or the idea—common to both capitalists and certain left materialists—that human beings are motivated solely by greed and self-interest, Bookchin ever reminds us of the ineffable values of freedom, self-consciousness, and social harmony.

Though first published in 1986, Bookchin’s framework still applies. The moral relativism of the 1980s—the politics of lesser-evils and risk vs benefit calculations—has morphed into what we now refer to as “both-sidesism” and the risk vs benefit calculations of yesterday are the 100,000 acre burn scars seen throughout the American west today. Beyond moral relativism or moral absolutism is an ecologically based ethics—one that sees our selfhood, reason, and freedom as stemming from nature’s variety and resilience. Bookchin’s social ecology refuses to separate society from nature. As such one can consider it a philosophy of participation—we cannot develop ecocommunities that aren’t participatory. We can’t save ourselves and the planet without an ethics of freedom. This edition, with a new introduction by Bookchin scholar Andy Price, is a breath of fresh air for a left that seems to have forgotten basic truths.

“Murray Bookchin stands at the pinnacle of the genre of utopian social criticism.” —Village Voice

Murray Bookchin (1929–2006) was an active voice in the ecology and anarchist movements for more than forty years, and is the author of The Ecology of Freedom and Post-Scarcity Anarchism, among many other books. He was born in New York, NY. 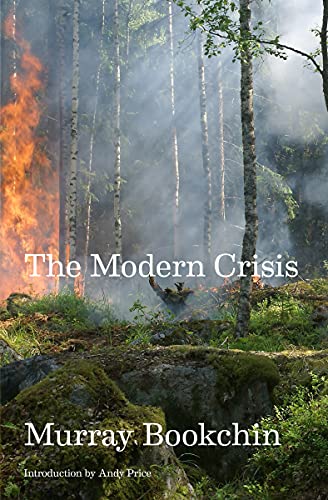