A new edition to celebrate the 30th birthday of the classic outdoors cookbook! When it appeared in 1982, The Hungry Hiker was the first cookbook for backpackers (and canoeists and campers) that made possible superb meals on the trail. At the time, the renowned food writer James Beard summed it up: “There are all kinds of simple but delicious soups, camp breads, main dishes, salads and even desserts.” Since then, tens of thousands of Hungry Hikers have become happy eaters — and more than a few stay-at-homes have discovered how to make simple, delicious meals quickly and easily.

What’s more, The Hungry Hiker features extensive information about planning hikes, with suggested menus and packing ideas for one to 10 campers. The author describes sources of packable food — and tells how to make delicious meat jerky, dried vegetables and tasty fruits and snacks. The Hungry Hiker is ideal for outdoors teachers, guides and group leaders, in addition to all individuals who want to eat well in the outdoors. This newly republished edition contains all the features of the original, plus some updated information and comments on food and equipment sources.

Writing in The Adirondack Almanack recently, John Warren praised Gretchen’s straightforward approach. “Thanks to the book’s emphasis on skills and mostly natural foods, the book is as relevant today as it ever was…. The book’s focus on whole foods, simply and tastefully prepared, echo the values of today’s urban homesteaders, locavores, and young farmers.” The Hungry Hiker’s Book of Good Cooking was first brought out by the publishing house of Alfred A. Knopf, which teamed Gretchen with editor Judith Jones (who brought French cuisine to the US via the works of Julia Child) and illustrator Susan Gaber, whose whimsical drawings add zest to the humor and good sense of the author.

Gretchen McHugh has been an avid adventurer, hiker and canoeist, traveling with her dogs, two children and friends on wilderness trips to Northern Quebec and Southern Mexico, throughout the upper Midwest, the White and Green Mountains of New England, New York’s Hudson Valley, Catskills and the Adirondack Mountains. The rigors of raising children and preparing tasty, inexpensive food in the wild led her to study cooking and, finally, to write The Hungry Hiker’s Book of Good Cooking, which was published in 1982 by Alfred A. Knopf. The book remained in Knopf’s catalog for 25 years and is now available through Amazon.com.
A native of Michigan, Gretchen worked in publishing in New York before joining the staff of The Riverdale Press in The Bronx, where she was a reporter, photographer and Life Style editor. She also taught English literature at Bronx Community College. She spent many days sailing the Hudson River as a volunteer editor and photographer for Pete Seeger’s Clearwater Foundation and traveled to Northern Quebec and Southern Mexico to document the wild rivers and lives of Native Americans there. Her love of the outdoors eventually drew her out of New York City to settle in a 200-year-old farm house with a pond, barns, fields and 100-plus acre woodlot on a hilltop in the Slate Valley, sandwiched between New York’s Adirondacks and Vermont’s Green Mountains. She restored the barns and the house and enrolled her forest land as a Certified Tree Farm. 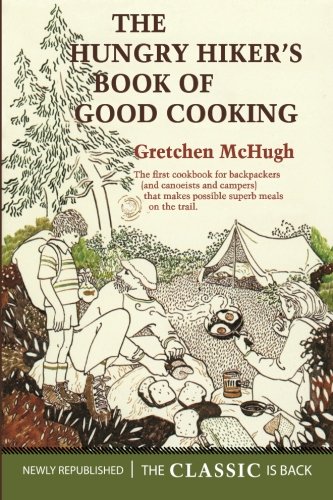