The Hermit of Gully Lake

(Click through to Amazon for current pricing of new and used copies of the book).

“The Hermit of Gully Lake is a thought-provoking, intimate and respectful look at the life and times of American-born but Nova Scotia-raised Willard Kitchener MacDonald (1916-2003), better known as the Hermit of Gully Lake. For sixty years, MacDonald endured hardship and extreme isolation, living as recluse in a cave-like shelter six feet by nine feet in the deep woods wilderness of northern Nova Scotia.”

He moved far into the woods after jumping from a troop train that would have taken him to Halifax and on to Europe for World War II. In the past thirty years, as his legend grew, many people began to seek him out, squeezing into his tiny shelter to play fiddles and guitars with the man they call Kitchener, marvelling at his wisdom, his wit and his intriguing views of events in the wider world, which he chose not to be part of. Even when his friends urged him to sign up for his old age pension in the 1980s, he steadfastly refused to sign his name to any document, even a government cheque. He was reluctant to speak about his past, saying only that he had refused to go and fight in World War II because the Bible told him, “Thou shalt not kill.” When he died, however, there was enough national interest in this unique individual that both the Globe and Mail and the Toronto Star sent reporters to cover the event.

Joan Baxter is an award-winning Nova Scotian author who has written extensively about Africa. She is now living in northern Nova Scotia where she has turned her attention to this incredible story of a man of enormous strength and character who became a legend. She is back home after two decades of living in and reporting from Africa for the BBC World Service and Associated Press. Her most recent book, A Serious Pair of Shoes, won the Evelyn Richardson Award. 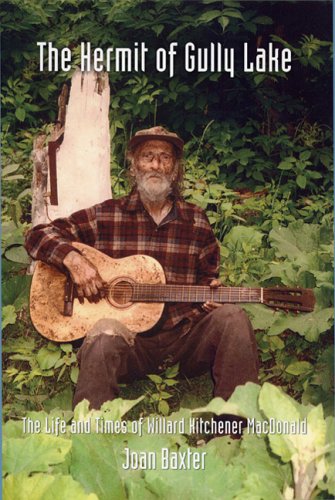