Hangman’s Beach is a skilful blend of romance and historical fact set around Halifax, Nova Scotia, while the Napoleonic Wars were shaking the world. In Halifax, the sight of executed deserters or traitors hanging on a beach became a gruesome and frequent sight. The tarred bodies served as a warning to others.

In the midst of this, a forbidden love affair between a French prisoner and an unlikely local woman.

While imprisoned on Melville Island, the prisoner faces the agonizing question: What would his fate be if the British discovered that he had shot and killed Lord Nelson at Trafalgar? While weighing the risks of an escape attempt, he tries to conceal his dangerous secret.

Dense with excellent detail, this is a highly satisfying romance about Nova Scotia during the Napoleonic wars. Melodrama is at a minimum, while the accent is on evocation of everyday life…Peter McNab has inherited his father’s island and manorhouse in the mouth of Halifax harbor. As laird, he has built up some healthy business in Halifax and a retinue on his island. One day a crusty old British admiral decides to use a beach on McNab Island as a display place for gibbets with condemned sailors hanging from them; passing crews on British ships will get the message. Meanwhile, a French lieutenant, Cascamnd, the man who shot Nelson at Trafalgar, is captured and interned near McNab’s Island. McNab’s wife decides that this fellow is just the tutor for her sons to learn French from, so he is brought to McNab Island and given a cottage to himself. McNab’s ward Ellen falls in love with Cascamond, although she is engaged to an elderly Scot. When their affair is discovered, Cascamond is forced to flee and lands in prison, incognito. The rest is predictable…true love wins out. Despite its conventional storyline, the novel goes down like a dipperful of rainwater. 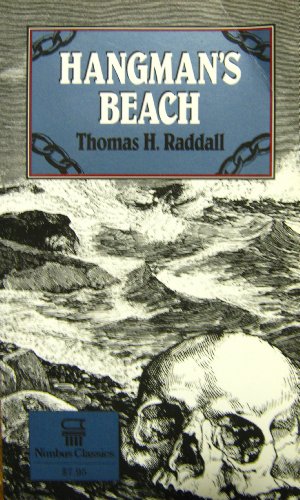 Be the first to review “Hangman’s Beach (Paperback)” Cancel reply