Three years in the making, the new Giro Aether MIPS is one giant leap in helmet design. Building on MIPS, the multidirectional impact protection system, Giro designers have developed the exclusive MIPS Spherical, the next generation in head protection. Essentially two helmets in one, MIPS Spherical combines two foam pieces with an in-between elastomer that allows the upper to rotate up to 15mm on impact while the lower stays intact.

The Aether is the first and only road helmet to use MIPS Spherical, but the innovation doesn’t stop there. The vents are Giro’s biggest ever, reinforced by a new clear plastic skeleton called Aura. The vents lead to multiple channels inside, which keeps the air flowing and your head cooler than ever — a full 2 degrees cooler than Giro’s previous head chiller, the Synthe. A new RocLoc5+ retention system not only allows you to cinch down the helmet around your head but adds vertical adjustment, a first. There are new eyewear docking ports, with retention rubber pieces to keep your sunglasses in place. Even the new, three-dimensional logo was painstakingly developed, a sixth-month design exercise that makes Aether look unlike any other Giro, let alone any other helmet. It’s Giro at its best, and it can be you at yours. 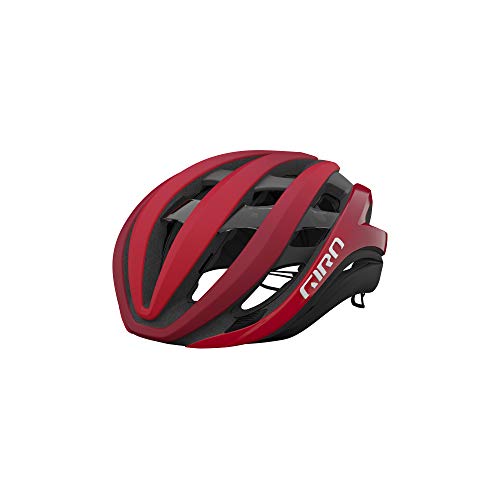 On Sale!
Biking to Blissville: A Cycling Guide to the Maritimes and the Magdalen Islands
$12.09