It’s camp color war—but Grace Cale is sabotaging the games by stealing all the color! Can Drew find a way to stop her?

The Cool School YouTube channel is a sensation, with more than one million subscribers!

It’s Camp Cool School vs. Camp Cruel School in color war. Let the games begin! Even though Cruel School students love to cheat, it looks like Team Cool will rule the day . . . until Grace Cale arrives determined to suck all the colors out of the world. Can Drew use teamwork—and his drawing skills—to stop her evil plot? This very young graphic novel is lots of fun!

Driver Studios is a youth and family entertainment company that creates original content for kids, including the Cool School series on YouTube. Cool School and Drew Pendous were created by writer/producer Rob Kurtz.  Rob has written and/or produced over 100 hours of prime-time television, including Boy Meets World and Grace Under Fire, as well as the Fox animated film Everyone’s Hero (2006).  Rob previously served as the creative director for the Children’s Publishing Group, Worthwhile Books.  At Driver Studios, Rob has overseen creative content for Nickelodeon, Mattel, American Girl, DreamWorks, and Fox Family Films.  Rob Kurtz lives in the New York City area. 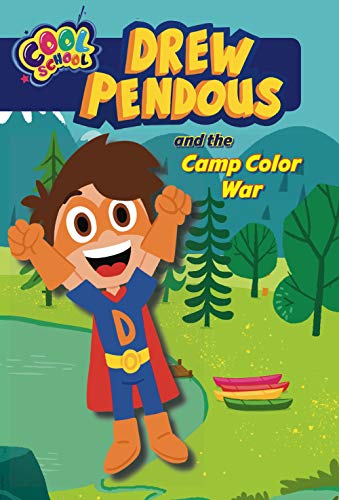 The Wonders of Nature (Hardcover) The Nature Connection: An Outdoor Workbook for Kids, Families & Classrooms Be a Weather Detective: Solving the Mysteries of Cycles, Seasons, and Elements (Paperback) Backpack Explorer: On the Nature Trail: What Will You Find? (Hardcover)