By local Author Sheree Fitch.  If you’ve ever visited beautiful SS Atlantic Heritage Park in Halifax (and you should), you know about the absolute tragedy of the SS Atlantic.  This book touches on that disaster.  Intended for young readers.

In the wake of a family tragedy, twelve-year-old Minn Hotchkiss is sent to spend the summer with her sour grandmother in the tiny seaside town of Boulder Basin, Nova Scotia.  Almost as soon as she arrives, Minn discovers the skull of a human child on the beach.  She is swiftly caught up in a mystery that reaches back more than a century, to the aftermath of the most tragic shipwreck in Maritime history before the Titanic.

Over the course of this extraordinary summer, Minn will discover romance with a boy who turns out to be much more than he seems, and learn that the grandmother she resented is more curious, dedicated, and surprising than she had ever guessed.  She might even meet a world-famous rock star!

By summer’s end, Minn will solve a ghostly mystery and, most importantly, finally be able to give up the terrible secret she has kept locked in her heart.

Sheree Fitch is one of Canada’s leading children’s poets. From her classic book of nonsense verse, Toes in My Nose, to recent more contemplative efforts like No Two Snowflakes, she has delighted a generation of young readers with her amazing ability to riff off words. So it is only fitting that the heroine of Fitch’s first children’s novel should be a girl with a similar gift for wordplay. Twelve-year-old Cinnamon Elizabeth Hotchkiss (Minn for short) suffers from an “O.I.,” or in plain speech, an overactive imagination. Ever since the death of her unborn sister, she has heard crying and gurgling sounds in the night. If this isn’t spooky enough, her once-cheerful mother seems to be living “in some kind of glue bottle”: she sleeps all day and barely registers Minn’s existence. As a result, her parents decide she should spend the summer with her grandmother in the tiny east-coast community of Boulder Basin. This would be fine if Minn’s grandmother (“Nana Vinegar”) wasn’t a stubborn old “witch,” complete with chin hairs, a fiery temper, and a locked closet full of old bones.

While the outcome of The Gravesavers is fairly predictable (it’s clear that grandmother and granddaughter are going to get along and that Minn’s mother will recover from her depression), there are enough plot twists and comic interludes to keep 10- to 14-year-olds richly entertained. Fitch’s use of the wreck of the S.S. Atlantic–the biggest sea disaster before Titanic–as a historical subtext is artfully handled, elevating this thoughtfully conceived and well-written tale of loss into the realm of supernatural romances such as Janet Lunn’s The Root Cellar. As Minn observes, “I don’t believe in the kind of ghosts that can jump out of a mirror and chase you out of a house or anything. But spirits? That’s a whole other story.” –Lisa Alward

“The Gravesavers is a humorous and heartfelt look into a devastating time in a young girl’s life. Sheree Fitch has truly captured the angst and curiosity inherent in the nature of any young person, and she has thrown in a Titanic-like story for added excitement….It is a pleasure to read a book with a real story with real people that I feel comfortable letting my children read.”
–The Edmonton Journal

“Although Sheree Fitch is a prolific and prizewinning author of children’s books, Gravesavers is her first novel. On the strength of this debut, it’s fair to say that she’s found another medium in which she excels….[A] thoroughly satisfying experience for readers.”
—The Globe and Mail

Be the first to review “The Gravesavers (Paperback)” Cancel reply 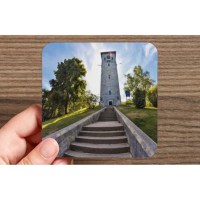