The Best Of Robert Service (Paperback)

From the Cremation of Sam McGee to The Ordinary Man – you’ll find all your Service favourites!  Synonymous with adventure and the rugged beauty of the Canadian North, Robert Service remains one of Canada’s best known and most loved poets.

As the poet of the Yukon Gold Rush and the Trail of ’98, Service became a legend in his own right and millions of readers around the world have identified him with the dauntless eccentrics who panned for gold under the midnight sun.

The Best of Robert Service includes his most famous ballads of the Klondike, including such favourites as:
* The Cremation of Sam McGee
* The Spell of the Yukon, and
* The Shooting of Dan McGrew

But it also includes verse inspired by Service’s later experiences in France as a stretcher-bearer during World War I. Remaining in France after the war, he composed the unforgettable portrayals of the artists and models of the merry and tragic life of bohemian Paris. And not to be overlooked are his poems of wry reflection on the human condition that were so typical of Service as he revealed his own homespun philosophies on women, success and failure, and life and death.

Robert Service was born in England in 1874, but acquired his wit and taste for adventure during his boyhood years in the Highlands of Scotland. At 22, he left Scotland for Canada and roamed the north for the next 16 years. He left the Yukon in 1912, little dreaming he would never return. After WWI, he married and settled in France. Over the course of his 84 years, he published 19 books of verse, the final one appearing just the year before his death in 1958.

Robert Service was born in England in 1874. After spending his childhood in Scotland he came to Canada and there commenced the life of wandering and adventure which has given birth to songs, rhymes, ballads and poems that have spread over the whole world.
His vagabond career, bounded by Alaska and Turkey, by England and Mexico, has been such a diversity of odd jobs in so many places that an actual chronicle of it is well nigh impossible.
Mr. Service, who escaped to America from the German invasion of France, later returned to that country where he spent the remainder of his days.
In his poetry, however, he still lives as a vagabond in the hearts of his many readers. He has caught the spirit of wanderlust latent in every one of us and his verse will live on forever. 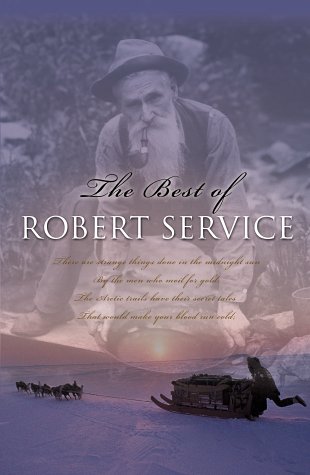 You're viewing: The Best Of Robert Service (Paperback) $15.79
Buy on Amazon
0