52 Nova Scotian Adventures is a book created entirely by high school students in Middle Sackville, Nova Scotia. We packed this book full of our favourite places around Nova Scotia. We did a mix of both well-known, family favourites, as well as hidden gems that only the most avid explorers have seen; we’re sure there are places for everyone to enjoy.

This book was created for longtime Nova Scotia residents, travellers from abroad, as well as newcomers hoping that Nova Scotia is a place they can call home.

– For Nova Scotia Residents: There may be places in here that you’ve already discovered, but there’s always the opportunity to be reminded of your old favourites. Additionally, in our Paperback and Hardcover editions, we’ve included a dedicated space on each page where you can write down your favourite memories–share them with your close friends and family, or even use your copy as a keepsake item that can be passed down through generations.

– For Visitors: Nova Scotia is an amazing place to enjoy on vacation! Visit our capital city of Halifax and explore a wonderful mix of both old and modern buildings and shops. If you’re not feeling the bustling city, you can always take a drive down the coast to see a plethora of beaches and Provincial Parks (we’re known as Canada’s Ocean Playground for a reason, you know!)

– For Newcomers: We know that it can be stressful moving to a new place, but we assure you that Nova Scotia is not a place you’ll regret coming to. This province is full of many kind and caring people that will give you a warm welcoming. The easiest way to adapt to a new place is to have a list of fun things to do when bored, and the 52 Nova Scotian Adventures travel guide is a great place to start. We have a list full of places and experiences that will be fun for the whole family.

With a population of 969,383 as of 2021, it is the most populous of Canada’s Atlantic provinces. It is the country’s second-most densely populated province and second-smallest province by area, both after Prince Edward Island. Its area of 55,284 square kilometres (21,345 sq mi) includes Cape Breton Island and 3,800 other coastal islands. The peninsula that makes up Nova Scotia’s mainland is connected to the rest of North America by the Isthmus of Chignecto, on which the province’s land border with New Brunswick is located. The province borders the Bay of Fundy and Gulf of Maine to the west and the Atlantic Ocean to the south and east, and is separated from Prince Edward Island and the island of Newfoundland by the Northumberland and Cabot straits, respectively.

Travelling Sails is a youth-led company on a mission to inspire people to explore the beautiful province of Nova Scotia and make memories that last a lifetime. On Twitter: https://twitter.com/travellingsails 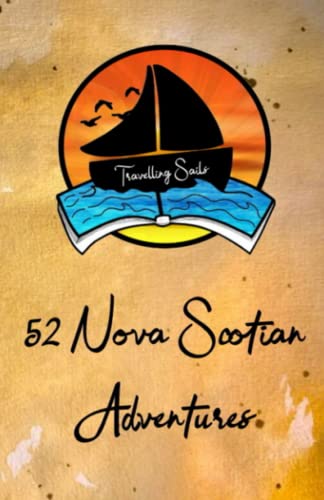